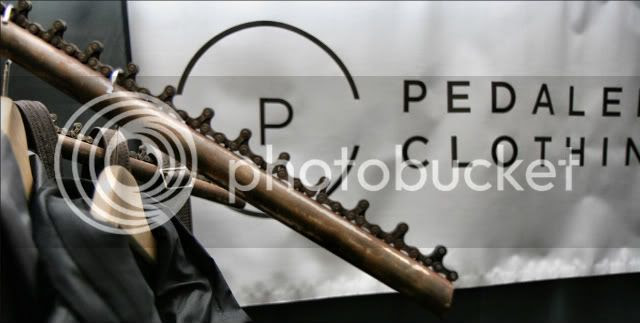 If you're a retailer interested in carrying a line of rad, comfortable, sustainable unisex clothing that you will sell out of, please contact me at meg (at) pedalerclothing (dot) com and I'll send our 2011 lookbook right over. 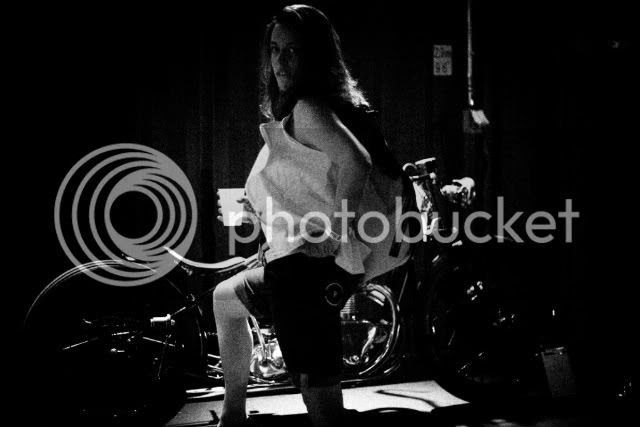 Here I am in my Pedaler Shorts in the OC last fall.


Here is an article from Bust Magazine. One day this year Virginia will do my DNS tattoo. 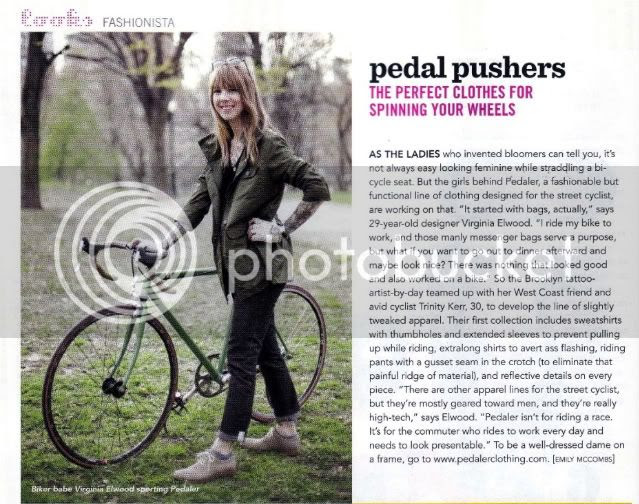 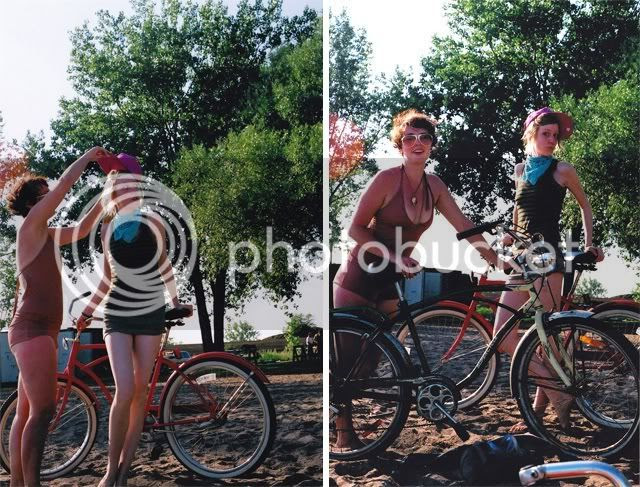 So, we were interviewed on A La Mode this week - check us breaking it down over at Fusion Effects.
AND check out at this film I unearthed during an attempt to clean my house. Cherry beach mid summer really is the best. I think these are from back in 2008? There was a super awesome shot on that roll of Irene rocking out to the Side Step (R.I.P.) in a bikini - but i felt like she might murder me in my sleep if I were to post it.
Really... her joining a thrash band is just a matter of time. Long live the deathbourine.
Posted by laura! at 2/25/2011 No comments:

Email ThisBlogThis!Share to TwitterShare to FacebookShare to Pinterest
Labels: Press

I love RSA (Ridley Scott Association) and RAPHA and am glad they are making films together now. Specially this little bicyclicious one. Remember if you're having a tough day: Just bike it out!

See you this Friday. 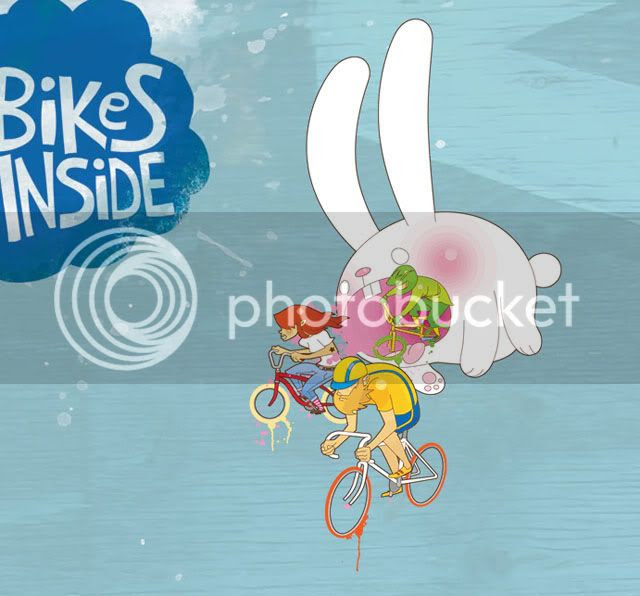 A bicycle-themed dance party at the huge indoor space at W2 Storyeum. Polo starts at 6pm, the party starts at 9pm!

Bring your bike in from the cold, lots of indoor bike parking. Note that beverages purchased outside W2 will not be permitted (so don't bring your own booze). 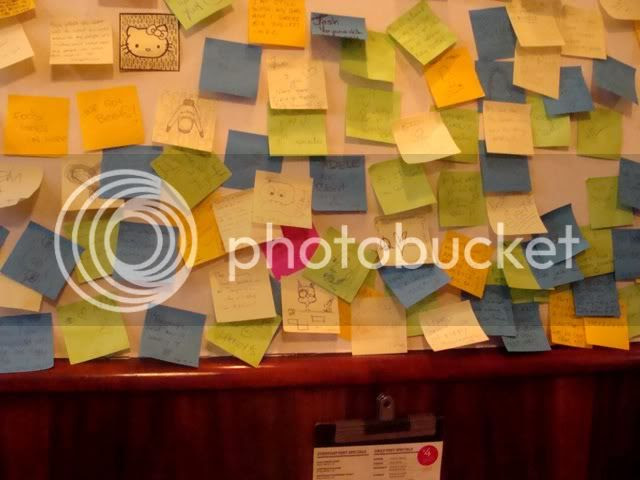 The Lakeview Diner is a west end staple. And right now its walls are covered in post it notes. So, while waiting for our orders to arrive, we decided to leave our mark among the rest. 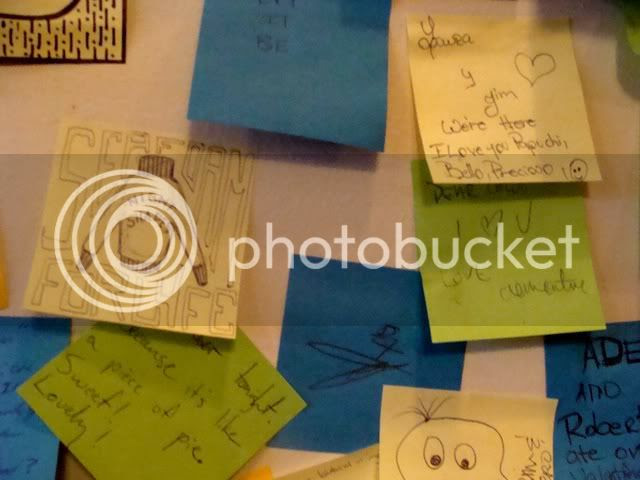 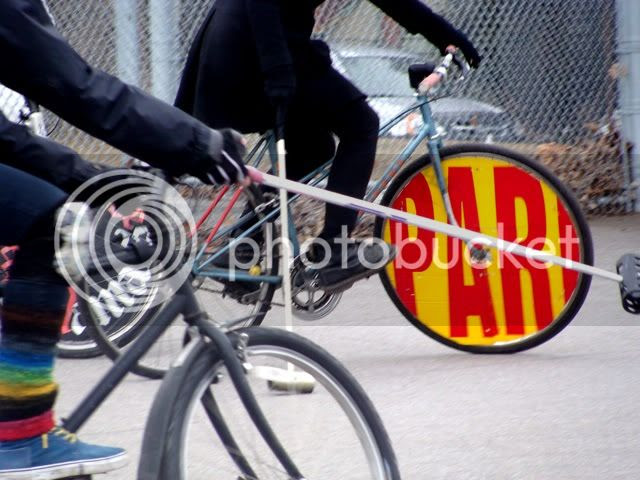 Apparently a few days of nice weather, is enough to get everyone out on the courts. Unfortunately, our frigid fingers and toes remind us that, sadly, winter is nowhere near over. Good times & good friends as always though - the countdown to spring is SO on.
3 - 2 - 1 - freezing cold! 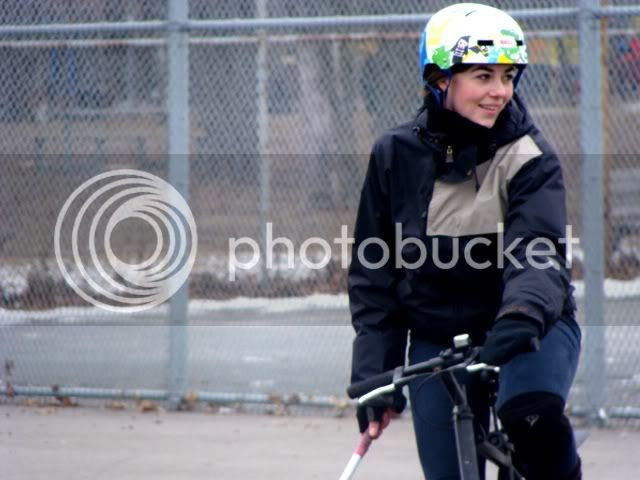 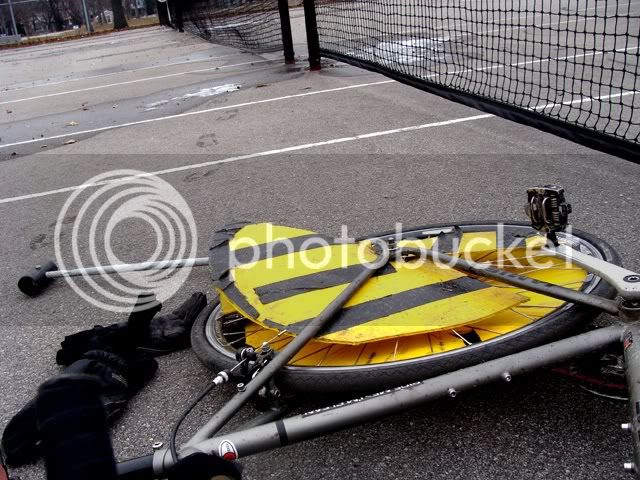 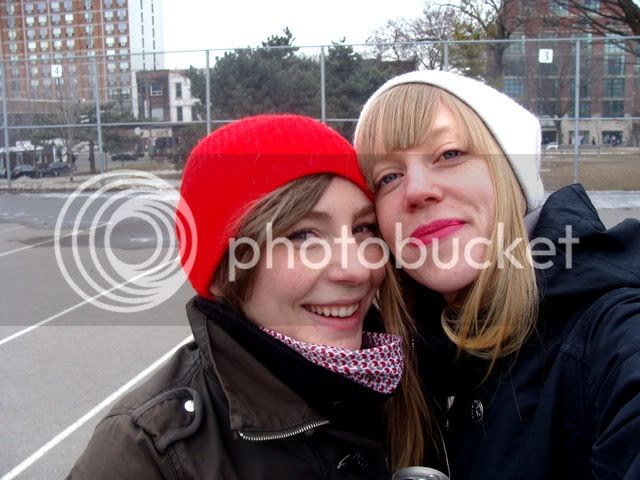 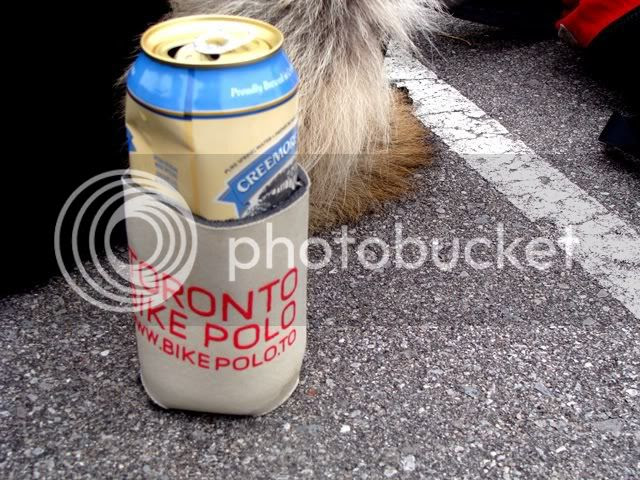 I live in EastVan, a neighbourhood that could be the equivalent to Parkdale for all you Torontonians. EastVan is hardcore, known for general sketchiness and drugs. Like Parkdale, it's where all the cool, young not-so-rich peeps congregate to live together in 1950's rambling houses, practice yoga, make 'zines, talk global politics, work in cafes, have massive yard gardens, home-brew, form bike collectives, learn how to clown, bake vegan and do other fun things with your own two hands. It's kinda like like the 90's according to Portlandia.

Rawbie Boards is probably one of the most interesting/lovable characters I have met so far, and is a big part of the EastVan bike polo scene. He now has in own show. Check it out to see why I think this about Mr. Boards, who constantly makes fun of my pretty new bike.

On a cool note, EastVan is going to be the first community in THE WORLD to have it's own Bike Polo specific court!

Ice. Studded Tires. Wipeouts, babes, collisions, high speed chases and guys wearing brooms on their heads.
The Nightshades were there. Big love to Linda Shin (she's the one whipping around the track in the Mental Oriental jacket)
who writes for Hello Velo, a local bike shop and biking blog.
And shout out to Frank Maidens for Best Crash of the Night, and to the lovely people at Dufferin Grove for hosting Icycle 2011. 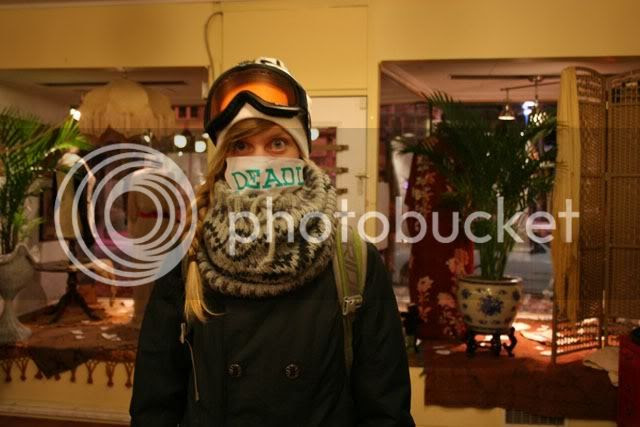 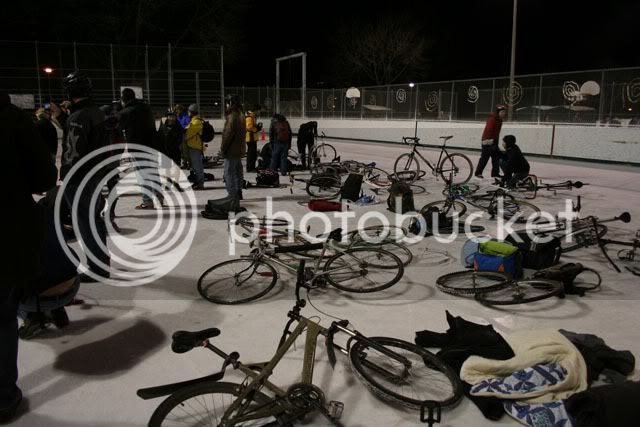 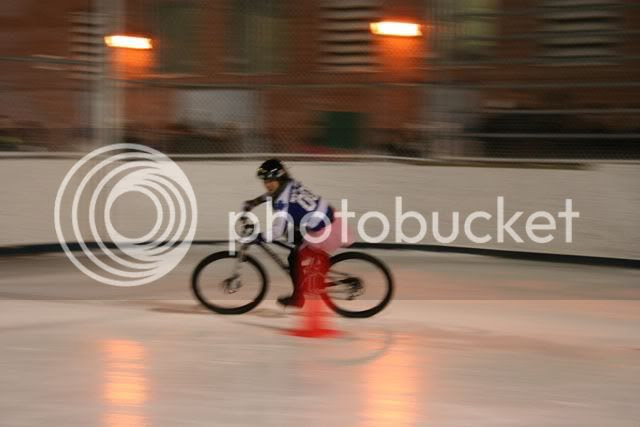 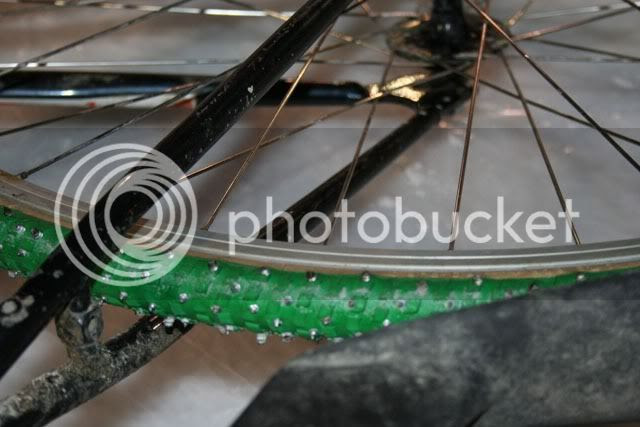 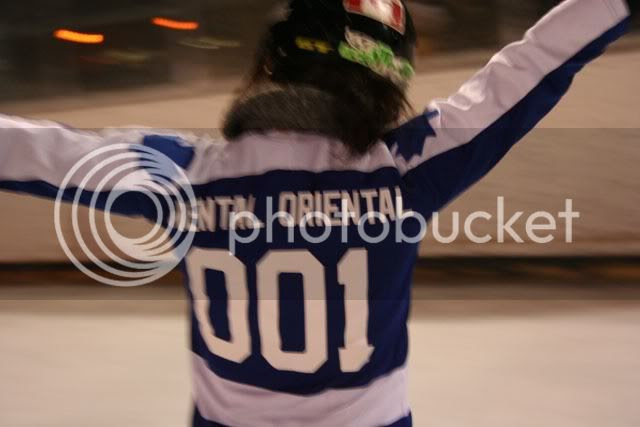 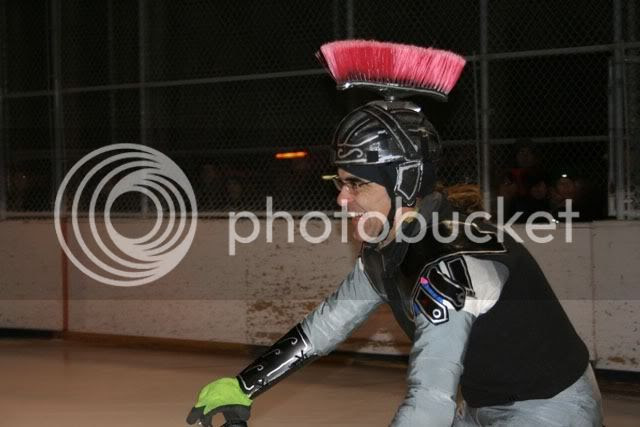 Recently Arcade Fire kicked some serious butt in the name of Montreal and grabbed the Grammy for best album for the Suburbs. My roommate and I have been busting a gut over this website, Who is Arcade Fire, a tumbler site dedicated purely to the reaction of some people on the internet who have never heard of this gold and platnium record group.

Comments like "It's a weird world we live in when someone called Arcade Fire can win a Grammy n Jusin Bieber doesn't!" and "WHO DA FUUUKKK IS DA ARCADE FAYA??? NEVA HUURD OF DOS CHEATAS. WHO R DAY? SUM SORTA VIDYA GAME? I'M GOOD WIT REDDDED REDEMPTUN THX VRY MUCH!!!" will keep you entertained and bewildered for days.

If you haven't seen the amazing video for Arcade Fire's video The Suburbs, it's filled with bikes, teenage love and NWO creepiness. It's a Spike Jones production, naturally.

Who else did time in the suburbs?

I did, in a few different spots in the GTA. Seeing forests and farm fields getting swallowed by highways and ant farm housing, along with the boredom of working soulless mall jobs could be a big reason for my current views on life. At a Sierra Youth Coalition national congress, a meeting and brainstorming session for all university groups, a regional director in a speech said: "I come from the suburbs, I think a lot of us do. I think the suburbs are a big reason why were are all here." 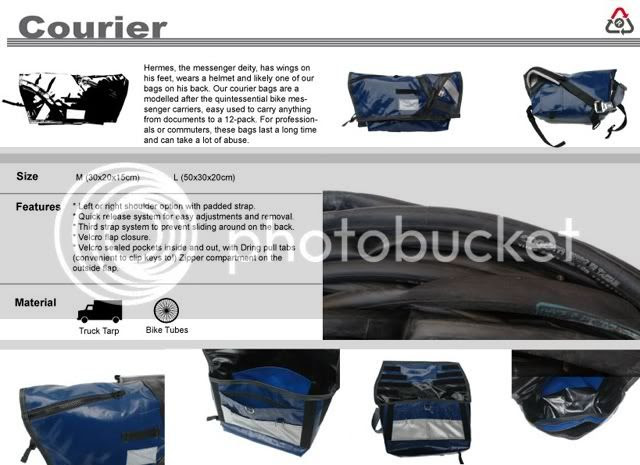 Mariclaro will be releasing our new courier bag very soon! check out these specs, yo!

we have a selection of colours and materials. the bags will be made for lefties & righties and in different sizes!!! come check out the shop if you're in toronto !

THE YOUNG ONES SLEPT.

Awesome to see people you went to high school with, doing rad things in the arts and on bikes. Check out this new video from The Great Bloomers - a great little band signed to Maple Music. The fact that it's shot on the island adds extra bonus points. Maybe one of my favourite spots in this city. Soon soon it will be warm enough my friends...
Posted by laura! at 2/14/2011 No comments: 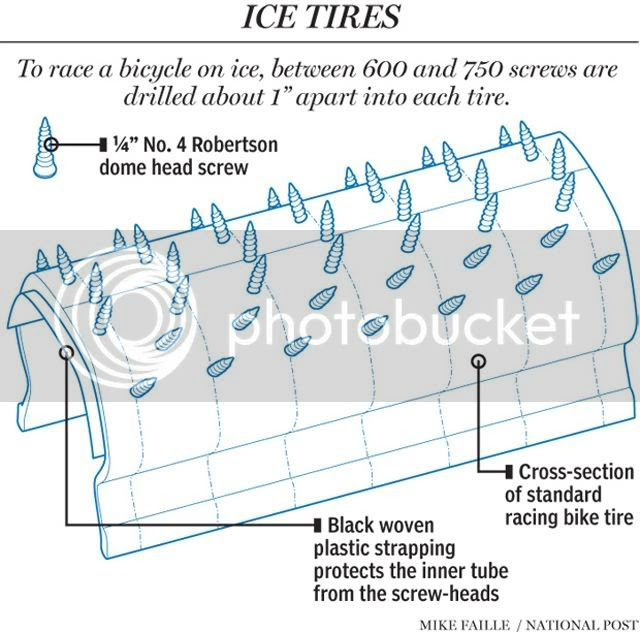 ...then Irene has sewing machines. If you didn't catch that link in the last post, Nighshades Patricia & Laura were quoted in a National Post article about winter biking & ice racing. Hilarious.
Posted by The Deadly Nightshades at 2/12/2011 No comments:

Leader's new frame colour for 2011 is Seafoam Green, I just read about it over at Pristine Fixed Gear Blog. Speaking of Rad and pretty bikes, tomorrow in Vancouver there is the 17th Annual St Valentines Day Massacre Alleycat to balance out the amazing freezing bikeness that will be ICYCLE in Toronto. It gives me the warm fuzzies to know that there will be gatherings of amazing cyclists on both coasts. 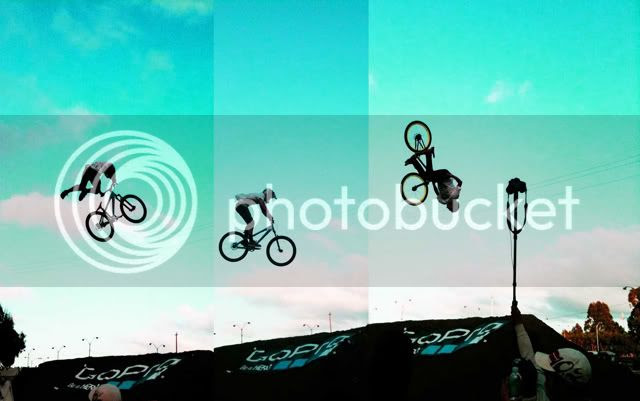 Over here at camp nightshades, we’re fairly partial to the colour seafoam. Or celeste if you will.

Some of us more so than others. Some of us, so much more so that they began their own blog solely dedicated to the colour. So much so, that they’ve almost entirely stopped posting on the DNS blog altogether... and instead have dedicated all of their witty repartee and bike related candor to another solo venture.

Namtron actually writes a really great blog about her adventures on the west coast and abroad. Bikes. Babes. And everything seafoam. A true Nightshade through and through.

Eco Fashion World is a rad resource website that I have been following for years to get information on eco fashion brands and eco fashion happenings around the world. Over the past Eco Fashion Week here in Vancouver I got to meet and befriend the publishers Erda Schnarr and Aaron Handford. We've solidified the relationship even more, and I will be writing for them. Check out my first article: It's a review of The National Association of Sustainable Fashion Designers' webinar with Source4Style on sustainable sourcing for fashion designers. It was a great webinar, read up about it, and if you are a designer yourself or simply interested in environmentally friendly clothing check out these two great organizations.
If you're interested in working with Eco Fashion World, or a brand looking to get exposure hit me up at meg@ecofashionworld.com
Posted by ~MegO! at 2/08/2011 No comments: 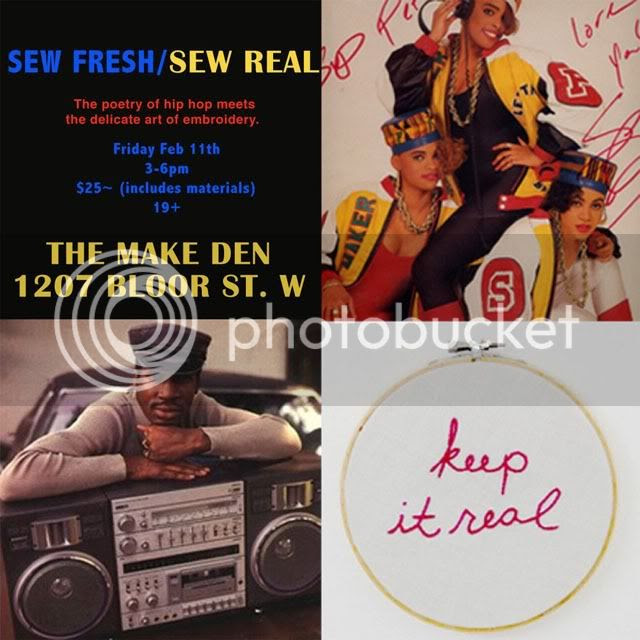 
With this bike related beauty TO native Abdominal won the 2007 Echo Songwriting Prize for the best song in Canadian independent music by the Society of Composers, Authors and Music Publishers of Canada.

And this Rye Rye ft MIA song has been in my top rotation since its ACTUALLY BEEN SUNNY in Vancouver this week. Great for riding bikes...


Continuing with the sunshine theme, check out Bliss and Eso's Sea is Rising. Not related to bikes but I can break my own rules. Their group captures a zeitgeist... Check out their Addictions video for some mind blowing graffiti and animation.

I found this while searching for more about bikes in the 90's as a procrasination tool for what I should really have been doing... sleeping. It was sadly labeled as a vomit bike, by Two Five Six, a blog out of Tuscaloosa, Alabama.

Who else is with me? 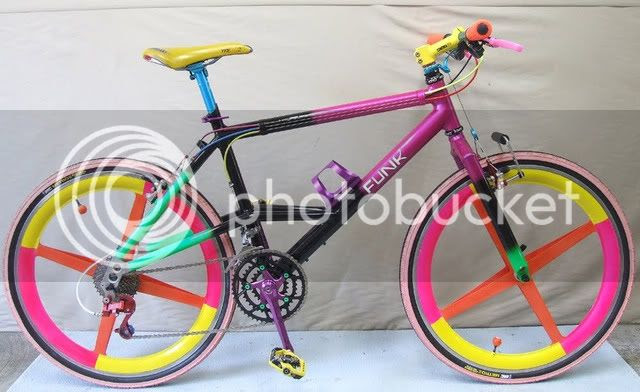 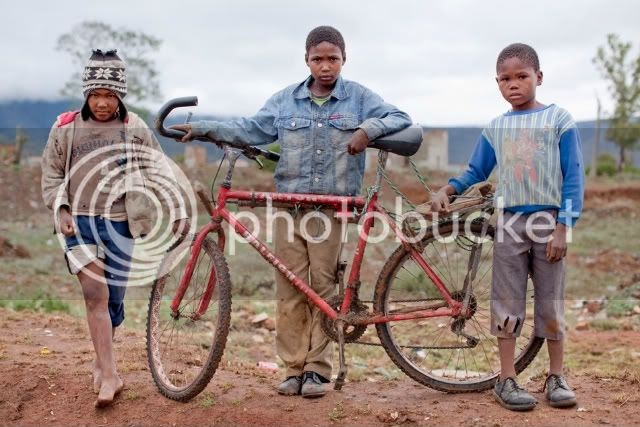 I've always found the idea of bike portraits to be a telling exercise. Indicative of both culture and personality and reality. So when I found this portrait series of South African cycling culture by Stan Engelbrecht & Nic Grobler - my interest was peaked. South Africa is definitely a country with a convoluded history and an interesting cross section of individuals as a result.
The entire series is really quite beautiful, and definitely worth a more indepth look. Check out the entire project and initiative here.
Also, this woman is seriously amazing. I really hope to be still be riding at 82 and 3/4 - with an equally lovely outlook on things.
Posted by laura! at 2/01/2011 1 comment: