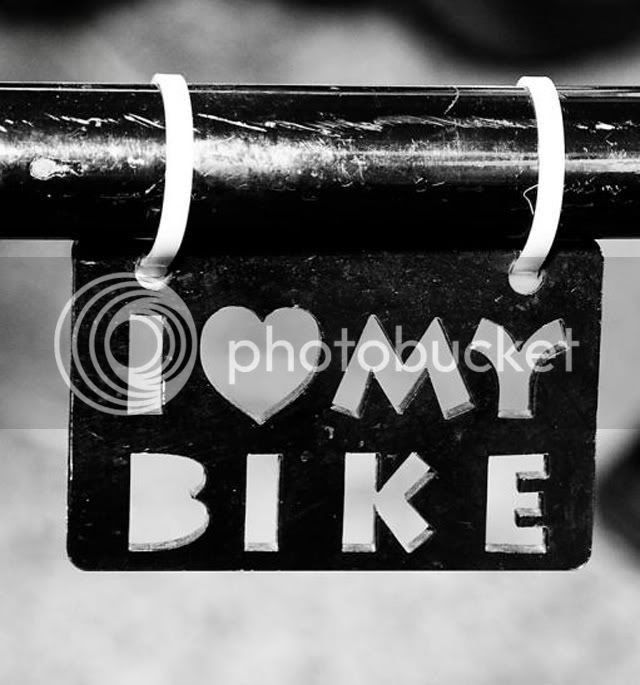 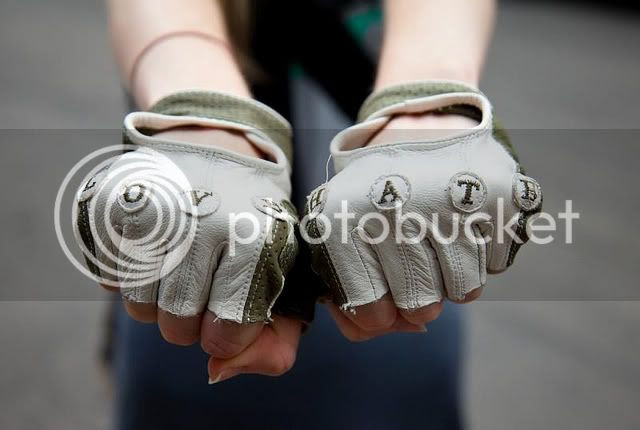 ...there's not much to hate right now.
Like last week, when I swapped out my old boring bars, for golden unwrapped dropped bars. I'm officially in love. Since then, these babies from Knog, have worked their way, even more so, into my daily routine.
Also, I definitely don't hate this awesome article the Toronto Star wrote on us today, with more sweet photos by Lucas Oleniuk!
So so much love.
Posted by laura! at 7/26/2011 No comments: 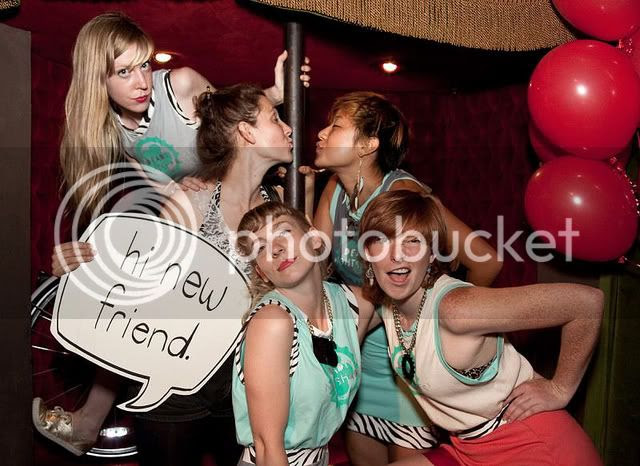 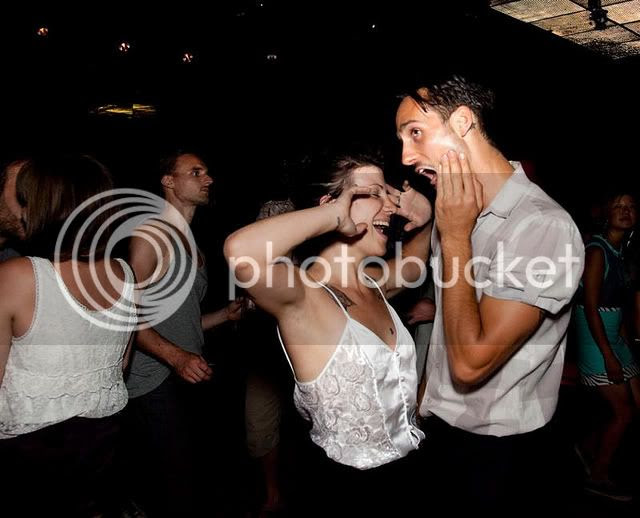 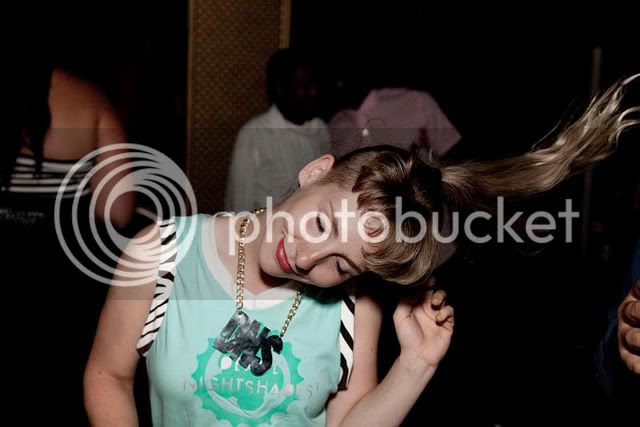 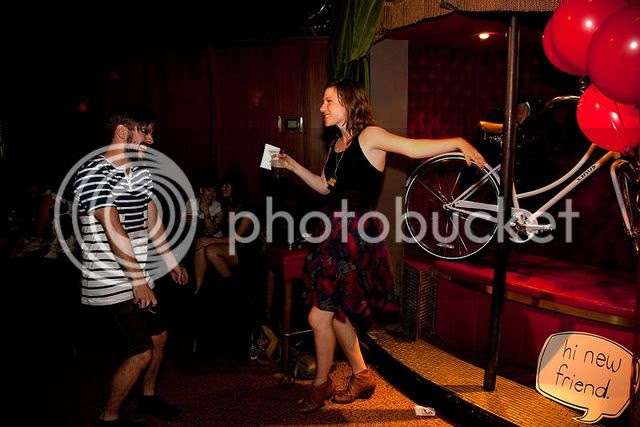 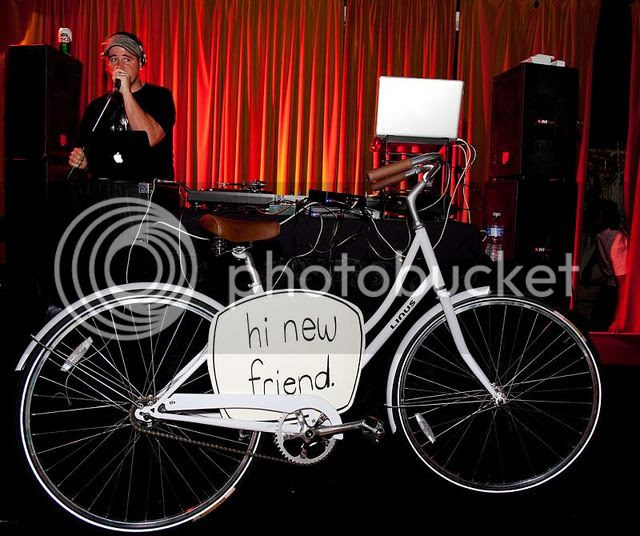 Holydanceparty. Photos by Erin Simkin! And I can't wait for the Hipstamatic photo booth ones to surface.....
Posted by laura! at 7/25/2011 No comments: 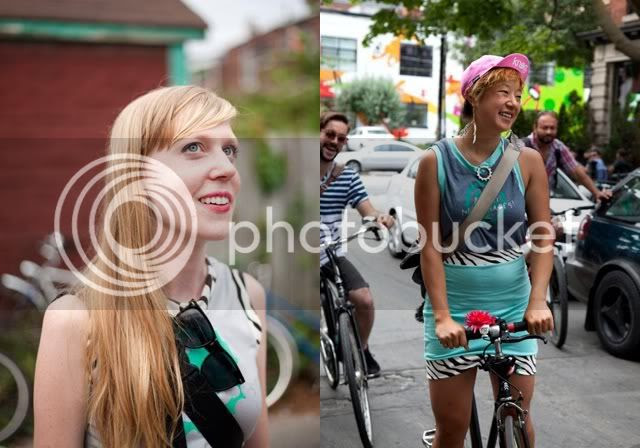 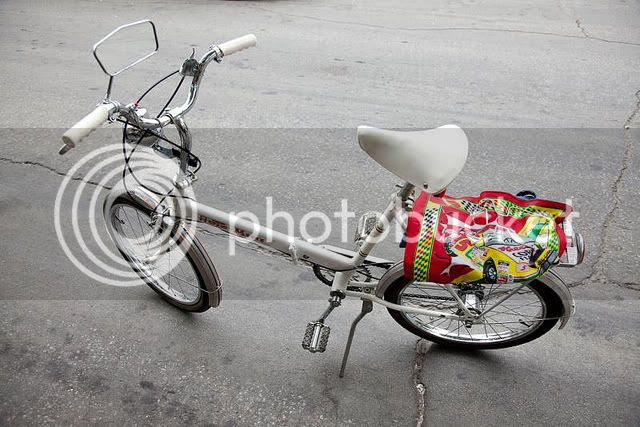 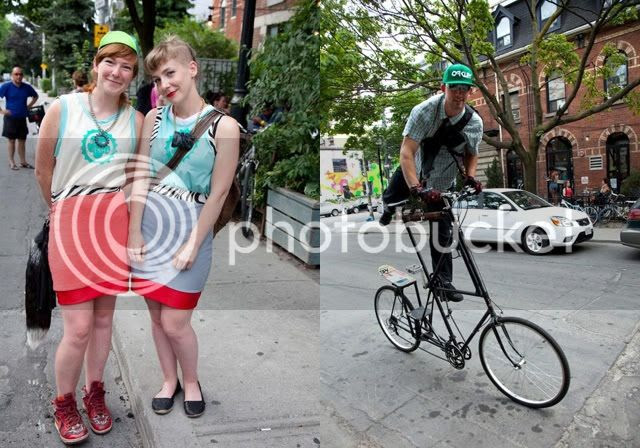 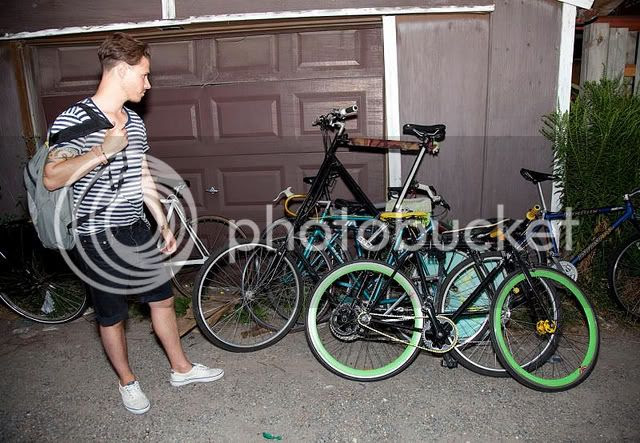 Email ThisBlogThis!Share to TwitterShare to FacebookShare to Pinterest
Labels: Style Spin, the drake

Style Spin with The Nightshades 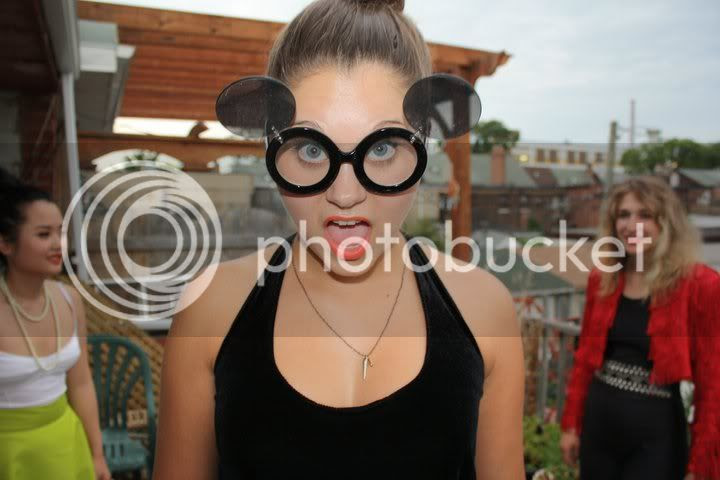 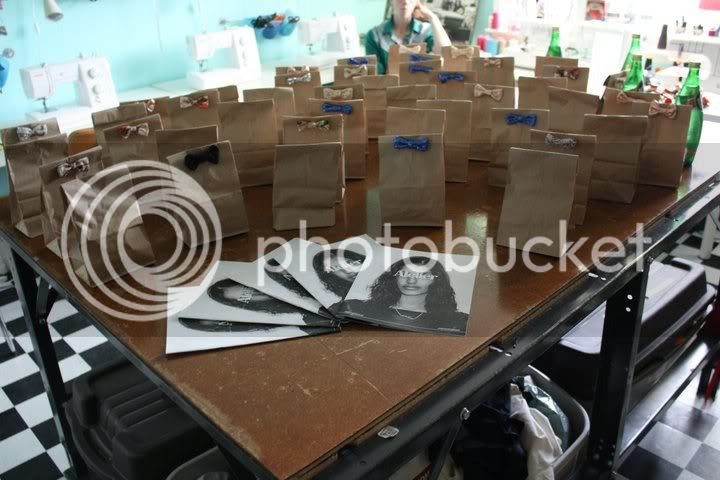 So apparently Style Spin rules. There was a fashion show at The Make Den, a big crowd riding everything from double decker bikes to Dutch 8-speeds from Linus and really amazing studios along the way. I had already seen YNOT's studio (see below) but hadn't seen Sartoria's which was beautiful. It's on top of an auto shop over on Symington and reminds me of an old boat house.

Jenn Nouveau styled an awesome little fashion show using some pieces I had made mixed up with glorious vintage fringe from Tomorrow Never Knows. She also stayed late the night before to finish her adorable neon green, asymmetrical circle skirt. Kaydee, Ivanna, Ella and Madeline all looked stellar in the colour blocked neon and coral palette. So fitting that Jenn, Ivanna and Kaydee all went for ice cream after the spin! Many thanks to Kiki, Mia and Jenn at the Drake Hotel as well as Mikey at Curbside cycle for all their hard work and making Style Spin an awesome night!!!
Posted by Irene at 7/24/2011 No comments: 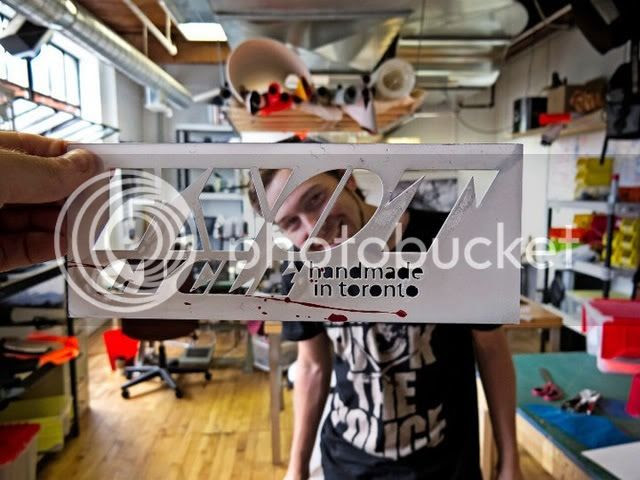 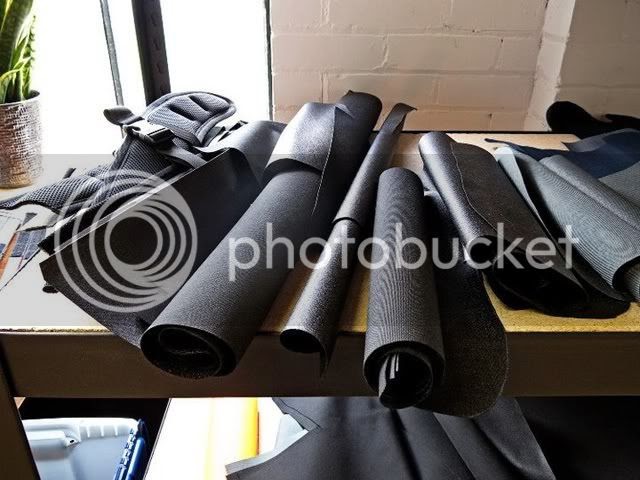 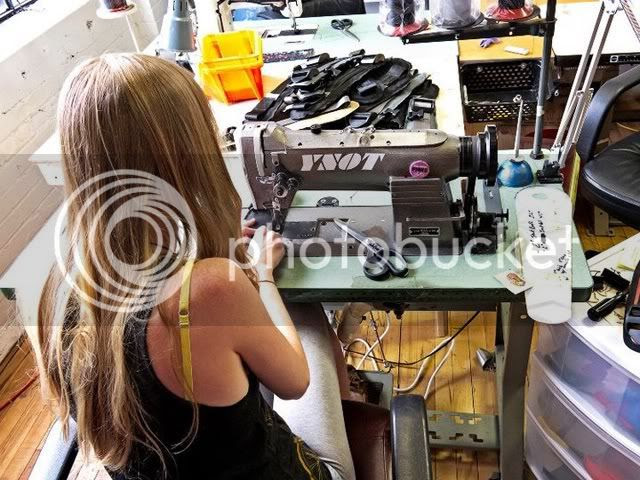 Lately, I've been doing some sewing for the guys over at YNOT Cycle. They're a great little studio in the Junction pumping out some really killer products - everything from backpacks, to messenger bags to pedal straps. I have to say, it's nice to be working somewhere the products are locally produced, and it's stuff I actually ride with, so I feel comfortable saying how awesome they are. YNOT is also awesome for having lots of freezie breaks (heatwave), and because Tom brought in his boxer puppy yesterday (ridiculously adorable).
We're going to be swinging by the studio as one of our last stops on Style Spin tonight, so if you want to get a behind the scenes look there, along with lots of other fantastic design studios in the west end - we leave The Drake Hotel en masse at 7.
Then don't forget to join us back at the Drake Underground for a giant dance party with a photobooth by Hipstamtic, and prizes including Levi's new Commuter Denim line and a FREE BIKE from Linus! 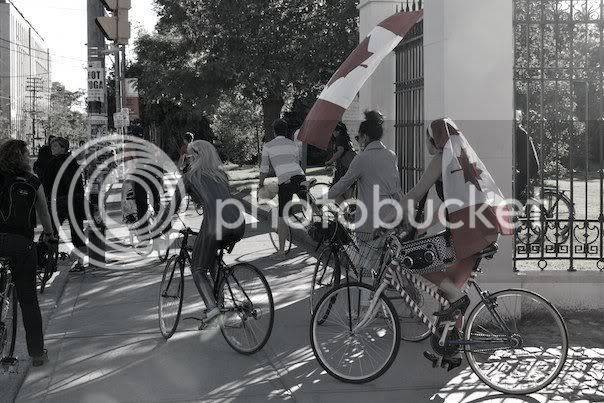 Last summer, we hosted some really fun bike tours of galleries in Toronto.
We saw some great work at Le Gallery, got a free talk about the Rape of Africa at the Mocca by David Lachapelle and made mexican wrestling masks for Nuit Blanche.

But the truth is that as a collective of mostly fashion designers/illustrators/photographers, we felt a little unsure of our qualifications to host a gallery tour (okay, that's how I felt anyways). So this summer, we decided to host a bike tour for something that we knew waaaay too much about - fashion design studios in Toronto. Yup. That's right - come and see the sweatshops where the goods get made, where hands get dirty, fabric gets cut (and cut and cut and cut) the giant bolts of fabric, the heat sealers, the seam rippers and the tailors shears. It's not glamourous (but that doesn't mean don't dress up! There are prizes!) but it is where all the magic happens.

Here are the details:

6PM Meet at The Drake Hotel for Mill St. (cheap!) beer + a welcome gift
7PM Cycle with The Deadly Nightshades
9PM Party at the Linus Launch in the Drake Underground + let Hipstamatic take your photo for a chance to win a Linus bike or a pair of Levi's Commuter Denim
12AM Winners announced 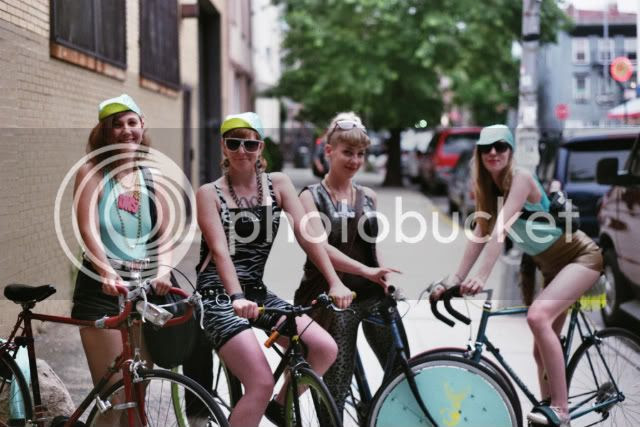 So new york. what a trip. Epic bike rides to art shows to film screenings to dance parties to border crossings.

I think what I love most about attending the BFF in New York, is the people who travel in from all over the world. It’s so empowering to surround yourself with individuals just as involved, and just as in love with their bicycles. A community that transcends class and culture.

It also meant that the screenings were a beast all of their own. Lots of yelling and cheering and loving smack talk. A lively crowd to say the least.

But one thing has stuck with me that I’m feeling a little conflicted on. Brendt, the founder of the festival got up the the beginning of the Urban Shorts program and introduced directors, etc. During which he said lovely things about us Nightshades. He pointed out that two areas that are severely lacking in women, are specifically the film community, and the bike community. And how exciting it is to see more girls like us, stepping up.

Sentiments that were wonderful to have publicly acknowledged. But, at the same time, while it’s nice to be noticed as a minority in a scene, it’s weird to be called out for being women. It’s not as though anyone else would be called out for being a man. And while I in no way fault Brendt for his kind comments towards us- if anything, it just highlighted how far we have to go. And made me wonder why this is. Why we are such a novelty. Why more girls don’t ride. Or rather, why more girls don’t make themselves seen in the cycling community in the same numbers than men do. Because I think there are a lot of us out there.

Maybe it’s time for us to band together a little more. So for starters, if you are, or know of any rad girls who ride, send a link or a photo to dnsbikegang@gmail.com.

We’d love to rep all those lovely ladies on bikes out there. Because I know we’re not alone in this.

There are a few other blogs out there that are rad enough to bookmark and read often.

One is Velo Vogue of of SF. These ladies have been shooting some great candid commuter shots, and have captured some of the sparkly magic that is San Fransisco. 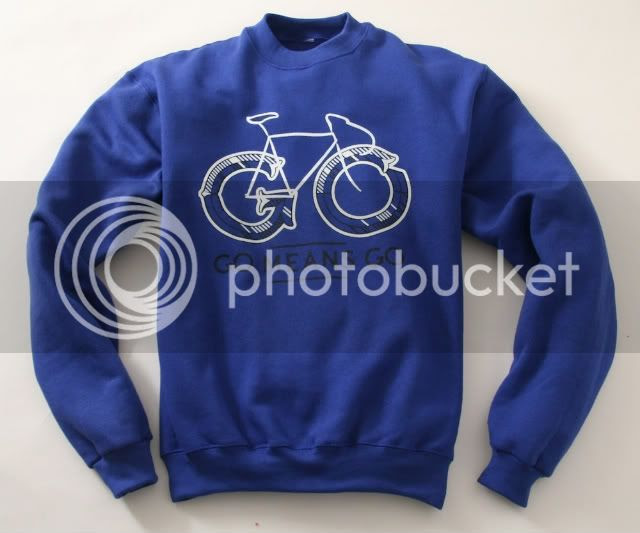 Ryan is race-master, and on the 23rd is putting on the 2011 Tour de Watertower in Seattle, with the Rubber Side Down Afterparty going to benefit Seattle Bike Polo. I mayyyyy go, work permitting.

I also am now a Liquids Assets Clerk (aka Bartender) at Edible @ The Market, a great local-food, all Canada concept bistro on Grandville Island here in Vancouver. They have a great Amuse Bouche blog that you can find some great recipes and tid-bits on eating locally! 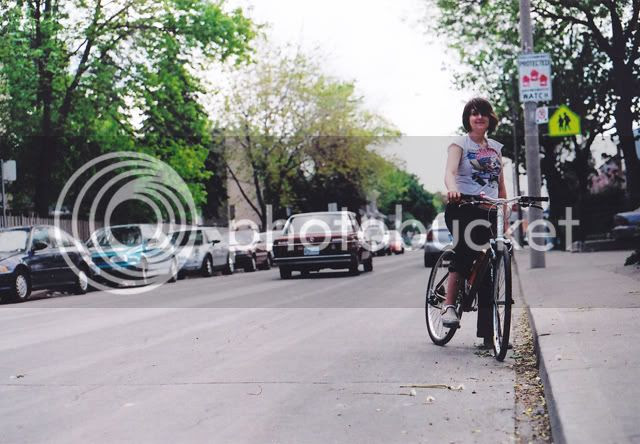 Meet Sammi Smith. My old roommate, amazing fantastic friend of the Nightshades & designer extrodinaire.
We always used to refer to her as our "pedestrian friend", and sadly watch her get into cabs or onto the public transit as we'd whisk away on our bicycles. There were numerous incidents (during the time we lived together, or as we trudged through design school) that Namtron and I attempted to teach her how to ride a bike... but to NO AVAIL. The above photo is from a failed attempt back in 2005.
But then... many years later and on the opposite coast SAMMI LEARNED HOW TO RIDE A BIKE THIS MONTH!!!!! I am so so proud of you Sammi!!!!
check her out!!!
Posted by laura! at 7/08/2011 2 comments: 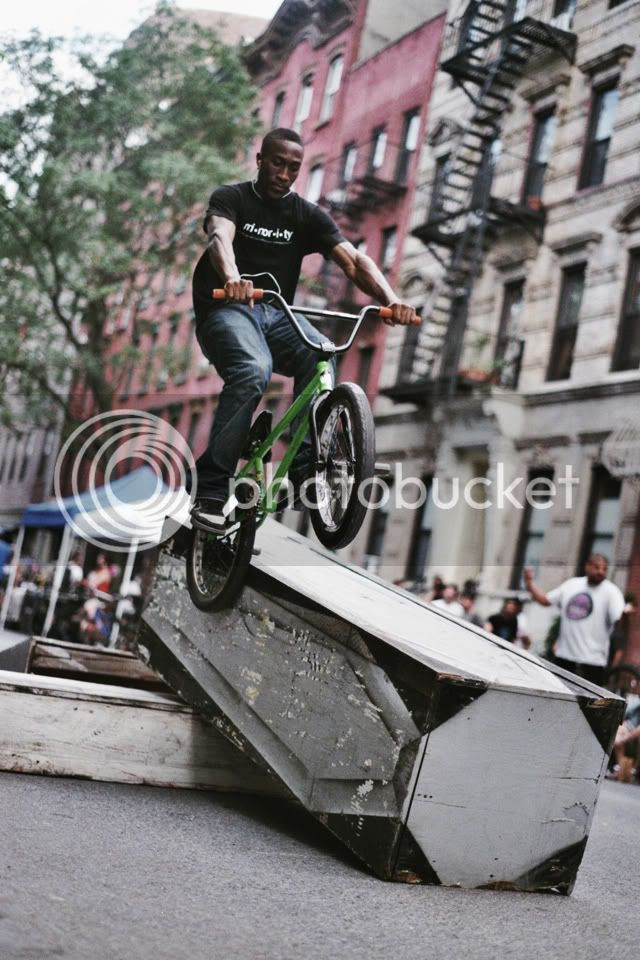 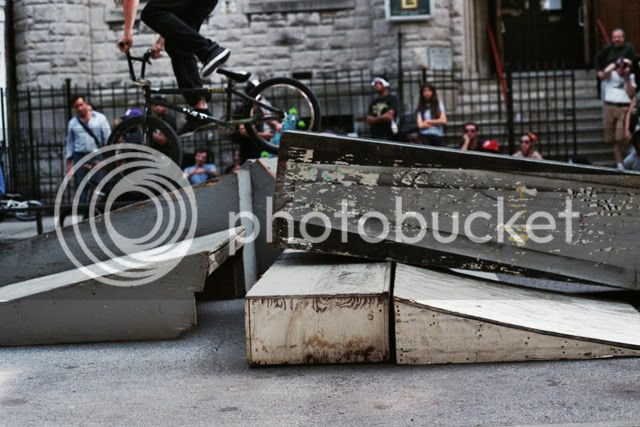 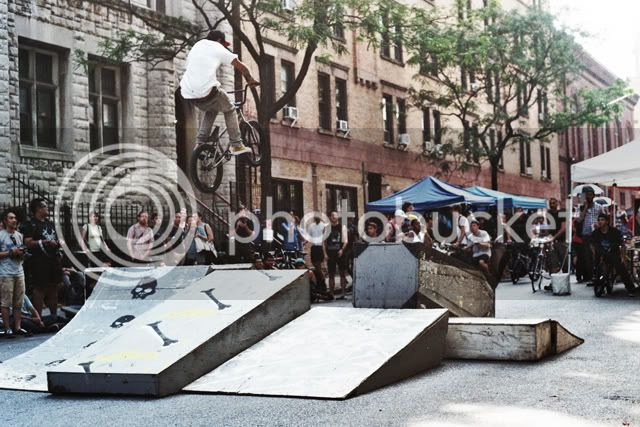 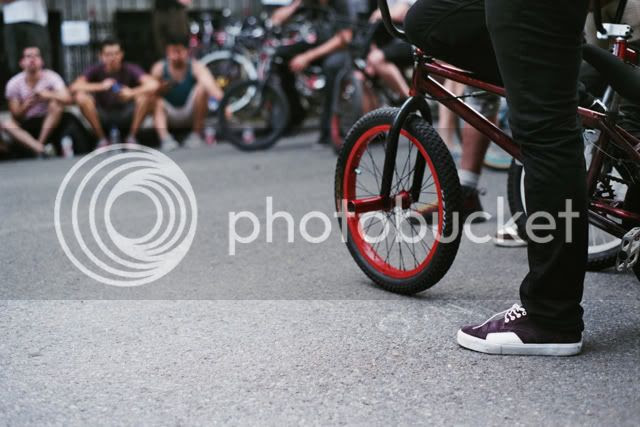 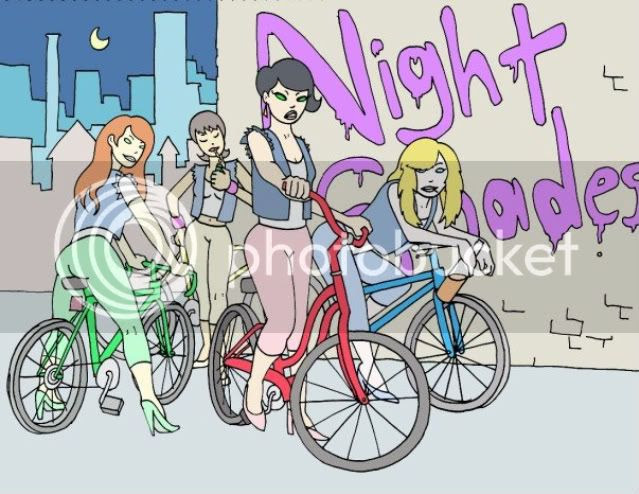 So July 1st might have been Canada's birthday, but the day before is ours! Happy Birthday DNS! Fourth... fifth? Who even remembers. All I know is we're still going strong.
Posted by laura! at 7/07/2011 No comments:

But seriously my friend just got a concussion from bailing on his bike late at night alone. My advice to him is not to do that, and to follow the patented, tried-tested-and-true DNS drinking rules.

DNS BIKING DRINKING RULES:
1) Bike in a group. Duh. Being in a rad group always makes everything better.
2) Bike in back alleys and side streets. You avoid police and potential car drunk drivers, and then you can stop and drink some more if you want too and enjoy some alleyway art.
3) Bike slow. Whatever, right? Going fast is fun but if you shitter'd slow it down, then you'll live and be in good shape to go fast some other day. As one lovably constantly tipsy courier I know says. "I don't care about going fast right now if no one is paying me for it."
4) Know your limits. Don't be THAT GUY/GIRL at a party. Drink some water. Have a pizza slice. Don't be so wasted you embarrass yourself in front of your crush. Don't bike away if you can't walk. Crash on a couch, or in a back yard by the fire, or put your bike on a streetcar/bus/subway. It's better to do that and ride another day!
5) Wear some lights so others can see your drunk ass coming and avoid you. Wear a helmet because at least when the officer pulls you over for running that red light you can pull yourself together for 2 minutes to pout, make your eyes all sparkly and puppy-dog sorry and look him straight in the eye while you lie through your teeth about that mickey you didn't just drink and he'll send you off saying: "I see where you could be mistaken about the redness of the light. You're complying with the law with your lights and helmet so off you go!" Just make sure you don't correct him and tell him you're not because you don't have a bell and that's actually the law and he should know about it. Just smile and go, go, go!

Speaking of drunk biking, HAPPY CANADA DAY!!!!!!! And in 3 days HAPPY AMERIKA DAY to all you peeps south of our boarders!!!!!! There is a group of Vancouverites headed down to Seattle... I'm warning ya now!

p.s. Does anyone out there know about this Nylon Magazine helmet lookbook thingy? I like helmets.
Posted by ~MegO! at 7/01/2011 No comments: