"Worlds Strongest Beer Sells Out in a Day" 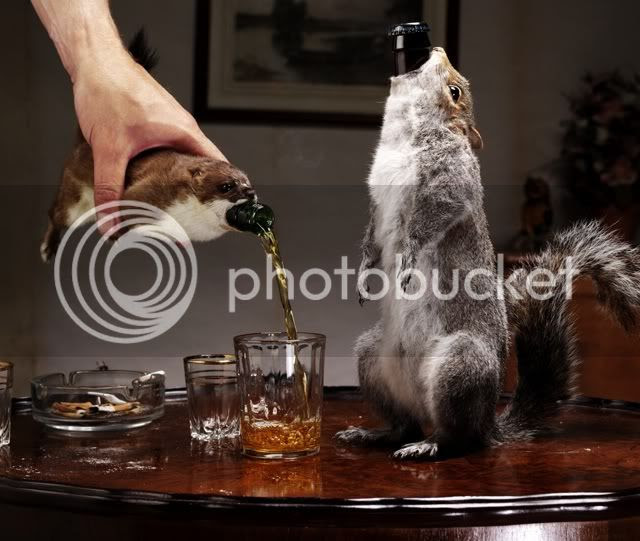 Now here's a company that makes me proud to be half Scottish.  Brewdog have created the worlds strongest beer (55%), packaged it in roadkill and are selling it for $765~ a bottle.  Not bad considering they've only been around for 5 years.    They also make a brew called 'Trashy Blonde' and '5am Saint'.  Brewdog, if you're reading this and you want to make a 'Bike Gang' beer, give us a shout.  We've already got experience posing in beer ads!

Here's what MSNBC wrote about the beer on their website:


Just 12 bottles were made and the company has already sold out. They will be shipped out to buyers in the United States, Canada, Italy, Denmark, Scotland and England next week.
The dead animals which were used to create the beers' unusual appearance were four squirrels, seven weasels and a hare. All were roadkill, James Watt, co-founder of BrewDog, told msnbc.com.
The name of the blond Belgian ale is taken from the title of a book by philosopher Francis Fukuyama, "The End of History and the Last Man" which the company said had been chosen to imply "this is to beer what democracy is to history."
Watt said the beer should be treated with care when drinking.
"It tastes more like a whisky and you have got to handle it in that way as opposed to the way you would handle a normal beer," he told msnbc.com.

Many thanks to Garth at Extreme Craft for turning me on to this awesomeness.
Posted by Irene at 5/18/2012

Irene! This is Laura's old Gild roomie Heather. I actually have a close friend who's pretty high up at Brewdog. I've been bugging him to get some more shit done over here in Canada. Maybe the DNS are the key!!